It’s been great working with Jan Scott-Nelson (more about her here) over the past few months. She has been endlessly patient in teaching me the tricks of WordPress and I hope it shows!

For the purists out there:  OK, we know that nurses like Edie were not AT the front but I have a couple of responses to that:

On a more cheerful note, here below are a couple of images to celebrate the launch of the new website. 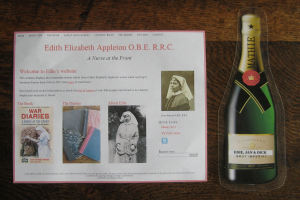 Well, after all the hard work, it deserves a celebratory tipple. Note the name on the bottle! 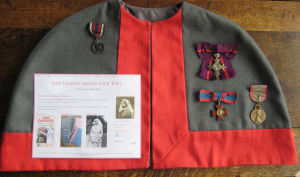 Some of Edie’s medals against a replica of her cape.