We originally (September 2011) thought this might have been taken outside the Officers Mess at Villa Le Maupas. Now (December 2012), although we do not have conclusive information, we think it is very likely that this was taken at la Villa les Roses in Etretat which was used to accommodate male British medical staff during the period prior to the arrival of the Americans in June 1917. This idea is certainly supported by the second and third photographs below, taken in front of La Villa les Roses. This second photo (© Alain Millet) and the third one (by Dick Robinson in 2013) show the villa as it is in the 21st century. 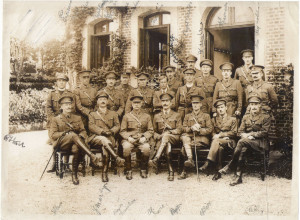 The names in bold above tally with names mentioned by Edie. We have a special page for Major/Captain Martyn here.

The photograph above was kindly supplied by one of the great nieces of Edie’s good friend and colleague, Kate Maxey. See her page here. (See the names index for dates on which she is mentioned in Edie’s diaries. ) 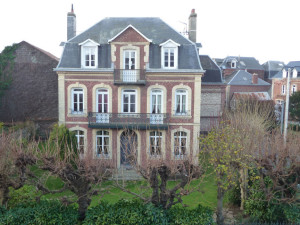 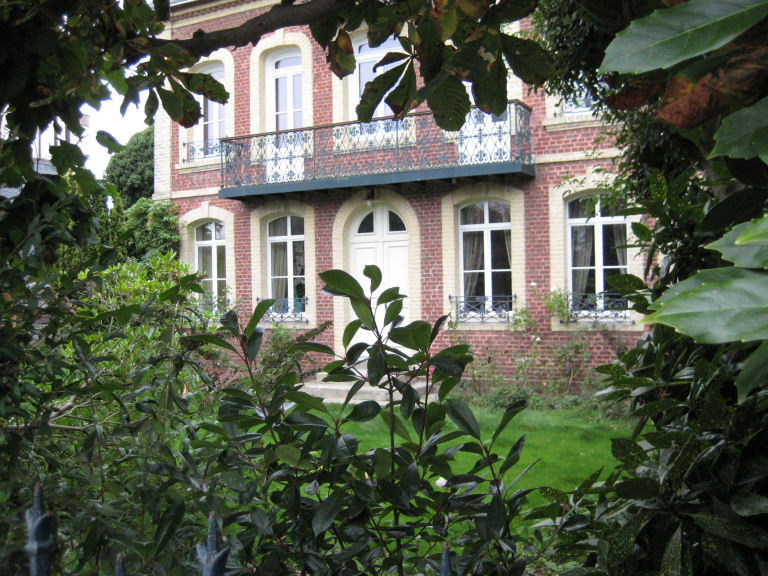 Taken in October 2013 from a similar angle to the black and white one, this photo of La Villa des Roses does seem to show that the two are of the same building.

If you are a descendant or have more information about these medical colleagues of Edie’s we would like to hear from you. Please use the Visitor’s Book.