≡ Menu
Home » List of all names mentioned in the diaries » More detailed information on some individuals » Others » Major Edward Basil BLOGG D.S.O.

On 30 March 1916 Edie writes:
Quiet night so far – (4 a.m.)….. Letter from Hilda tonight telling me Basil Blogg has been killed – How terrible for poor Mrs. Blogg – let us hope the other two will keep safe.

Basil Blogg’s father was Rector of Great Mongeham near Deal and I am assuming that Edie and her family who lived in Deal must have known the Blogg family. 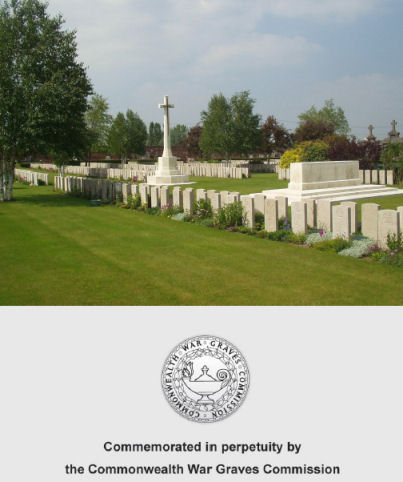 The cemetery in Bethune

From other sources I have discovered the following information:

From the London Gazette for 4 November 1915:
For conspicuous gallantry and ability from 27th August to the 25th September 1915 near Loos and Hill 70, when he pushed forward the construction of front line trenches with great energy. His area came under heavy shellfire, but he carried on his work displaying great bravery and coolness. After the assault he personally directed the consolidation of captured positions. In Loos, he himself de-fused the mines under the church tower, carrying out this dangerous work under heavy shell fire, thus saving many lives. 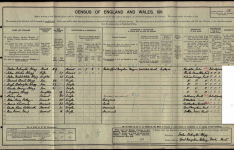 Rev Blogg must have died some time between the 1911 census and the date of Basil’s death in 1916.

The “other two” whom Edie hopes “will keep safe” must be Basil’s younger brothers, Hugh and Claude, who would have been 26 and 27 at the time of Basil’s death. I have not found their names in CWGC records so it looks like Edie’s hopes were realised.

If any family descendants come across this page it would be good to hear from them. Please email Dick Robinson at ediesdiaries@gmail.com or leave a message in the Visitor’s Book.

See the names index for all those people mentioned by name in Edie’s diaries.