BBC Radio Kent have just published a lovely 17 minute piece about Edie’s family home in Deal: 9 Golden Street, known to the family as Sea Valley House.  You can listen to it here or click on the image below.

The present owner, John Rigge, very kindly showed BBC reporter Ian Harkness round the house and allowed him to film as he went. Ian then came to Blockley and showed us his film which Dick commented on and Lisa read some excerpts from the diaries.  We feel it was very sensitively put together with some extremely evocative music. 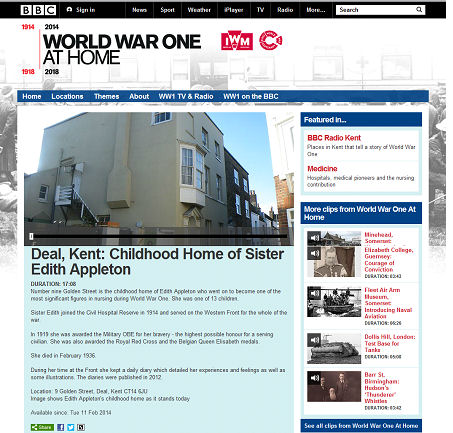 A couple of small niggles about the wording above: