Back in October 2016 I was contacted by Wided Krouna, a student at the University of Tunis, who wanted to use information from Edie’s diaries in her thesis for the Faculty of Social and Human Sciences English Department.

We have continued to be in touch and her thesis is now complete. Here’s the cover page: 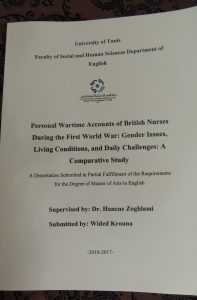 …and here’s what Wided has written about her decision to quote from Edie’s diaries:

For my Master Degree, my supervisor asked me to work on a field that was not covered at all or only superficially.  Being from Tunisia meant the scarcity of primary sources which were compulsory for any research. Finding an academic subject which has to be based on primary sources was not that easy. Eventually, I decided to work on British nurses who served on the Western Front during the First World War.

When I consulted the historical writings which were written concerning these ladies, I discovered that most historians classified these courageous women in one box which nullified and neglected their several differences. That’s why I chose to delve into the world of these British nurses and to explore their daily life on the Western Front.

Depending on their personal wartime accounts, my research attempted to compare and contrast the experiences of both trained nurses and Voluntary Aid Detachments. In this respect, I have to acknowledge the great help of Dick Robinson who gave me the opportunity to consult the diary of his great aunt Edith Appleton which is a trove of valuable and amazing pieces of information about the daily life of a British nurse during the Great War.

Edith Appleton’s diary was loaded with details about food, entertainment, bathing and laundry, work relationship between professional nurses and Voluntary Aid Detachments, the weather and its effect on daily life and some of the challenges that she met during her service on the Western Front. Through the diary of Sister Edith Appleton and several diaries of British nurses my thesis gave voice to these ladies who soothed the agony of countless numbers of  soldiers but were historically ignored.

On page 70 of her thesis she acknowledges the insights which the diaries gave her into the daily life of professional nurses like Edie.  Here it is: 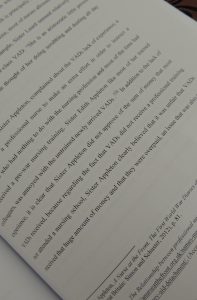 Congratulations Wided!  It has been a pleasure to share my great aunt Edie’s diaries with you.  Here’s a photo of you – I think you are looking quite pleased and relieved it’s done! 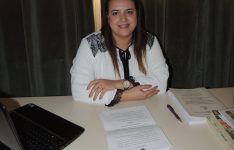 Next post: The Great War – An Elegy. Still here.