I See No Stars song

On Sunday 3 July we went to St Anthony’s Centre, near Trafford Park in Manchester, to hear a concert by Paul Frost and friends commemorating the Battle of the Somme. One of the items was the beautiful song, I See No Stars, sung by Steve Robinson and Helen Hall. This was a duet, composed by Paul Frost, about Edie and Private Charles Kerr who died in her care at No. 1 Hospital in Etretat on 12 March 1916.

There’s a page on Edie’s website devoted to Charles Kerr; it’s here. To read Edie’s very touching account of how she looked after Charlie Kerr click here; she first mentions him on 6 March 1916 and her final entry on 13 March, the day after he died, is so poignant as well as showing the loving care she gave her patients.

Do have a look at this page on the SheedyFrost website: http://sheedyfrost.bandzoogle.com/the-middle-year-1916. It contains the words of all the songs they wrote for the concert…and it has a lovely picture of Edie at the top!

SheedyFrost and colleagues with Lisa and Dick

Helen and Steve singing I See No Stars 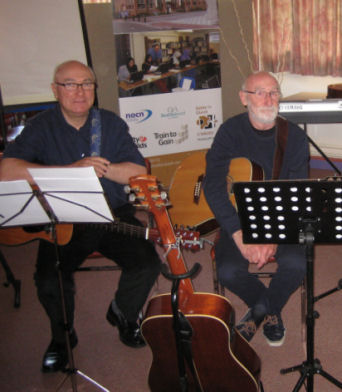 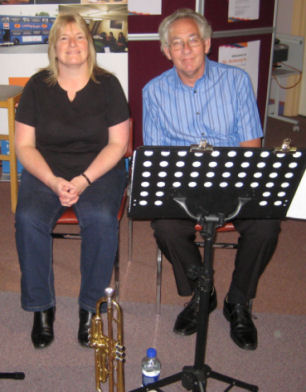 Helen Hall and Steve Robinson sang I See No Stars