We are often asked to provide information about our talks so they can be advertised to best advantage.  Here is a selection for you to use. Please feel free to adapt to your needs.

In August 2018 we marked the centenary of the beginning of the Battle of Amiens which ultimately led to end of the First World War. Edie’s diary during this period – up to November 1918 and beyond – records overwhelming numbers of wounded and dying men filling the hospital in which she was then working, No 3 General Hospital at Le Tréport on the Normandy coast.

Update January 2016
This year marks the centenary of the Battle of the Somme which lasted from July to November 1916 and in which more than 1,000,000 men were wounded or killed, making it one of the bloodiest battles in human history. Edie’s diaries record, day after day, huge convoys of wounded and dying arriving at her hospital in Etretat and historians have told me that her accounts of that period are unparalleled. We will, of course, be including some of her accounts of that time in our talks.

Edith Appleton served in Queen Alexandra’s Imperial Military Nursing Service Reserve (QAIMNSR) throughout the First World War.  Often near the Front in Northern France, she wrote an amazing daily journal. Her website is at www.anurseatthefront.org.uk/ and “A Nurse at the Front – The First World War Diaries of Sister Edith Appleton” was published by the Imperial War Museum with Simon & Schuster in March 2012. This is a joint presentation by Dick and Lisa Robinson, with Lisa reading extracts from the diaries and Dick (Edie’s great nephew) telling her story in a fully illustrated talk. You will need to provide a digital projector for the PowerPoint presentation.  Copies of the book will be available at a discounted price. 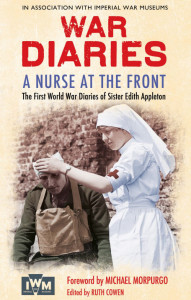 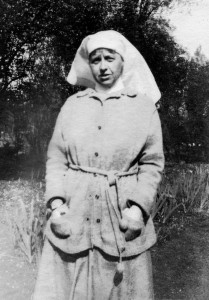 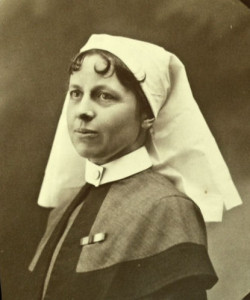 Edie in her QAIMNSR uniform.
Click on these images to enlarge.

More information on the content of our presentation is here.

Thinking of making a poster to advertise one of our talks which you are hosting?  Below are two great examples; both were created using some of the material on this page and elsewhere on this website and with the local information added in.

The first was created by the Lyminge Historical Society in Kent in 2014. Please note: extracts from Edie’s diary are normally read by Dick’s wife, Lisa. 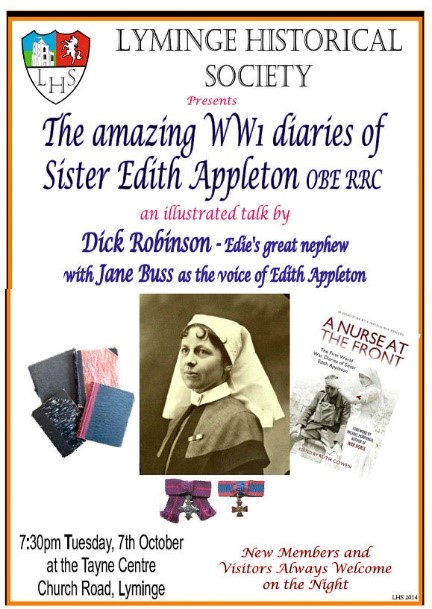 The second was put together by the Stow & District Civic Society in Gloucestershire for a talk in November 2018. 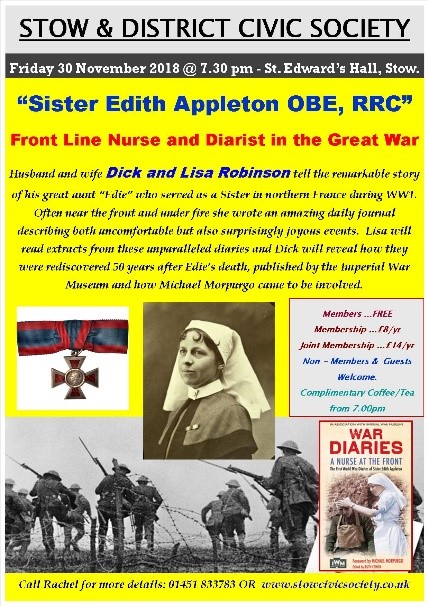 …and if you really need a picture of us here it is. 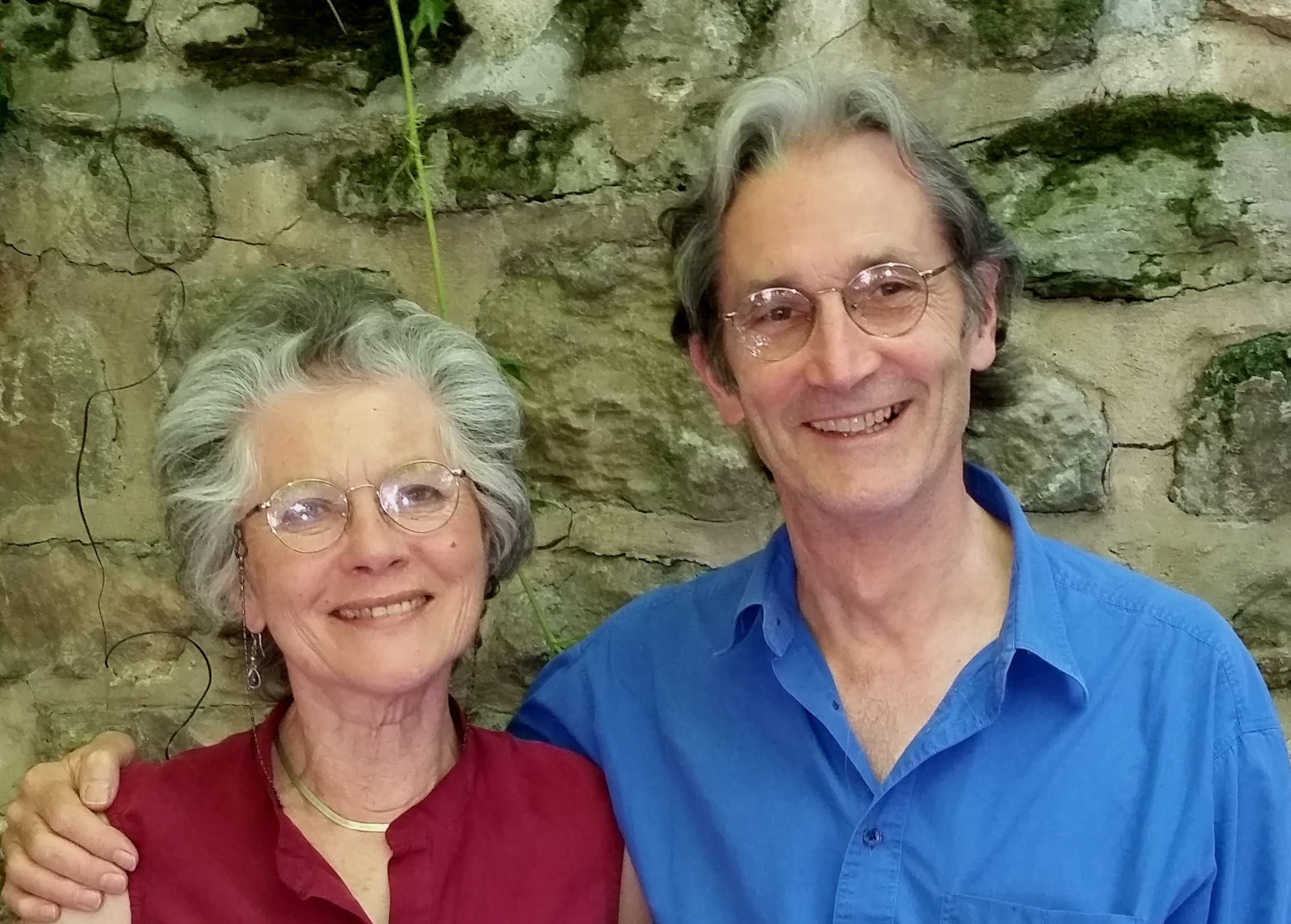