Just heard that the wonderful exhibition about Edie’s boss, Dame Maud McCarthy (“the Nurses’ General”), has been extended to 12 January 2020.  Full information below.

Such a privilege to be invited to the opening, last week, of the fascinating exhibition celebrating the life of Dame Maud McCarthy, Edie’s ‘boss’ in France and known as The Nurses’ General.
The exhibition is open until 8 December and if you can get to Oxford House in Bethnal Green you will not be disappointed; https://www.oxfordhouse.org.uk/contact/.
Juliette Wilson and her family have done a wonderful job of assembling photos of Maud’s childhood home in Australia as well as her voyage to Britain and her time serving in the Boer War in South Africa. 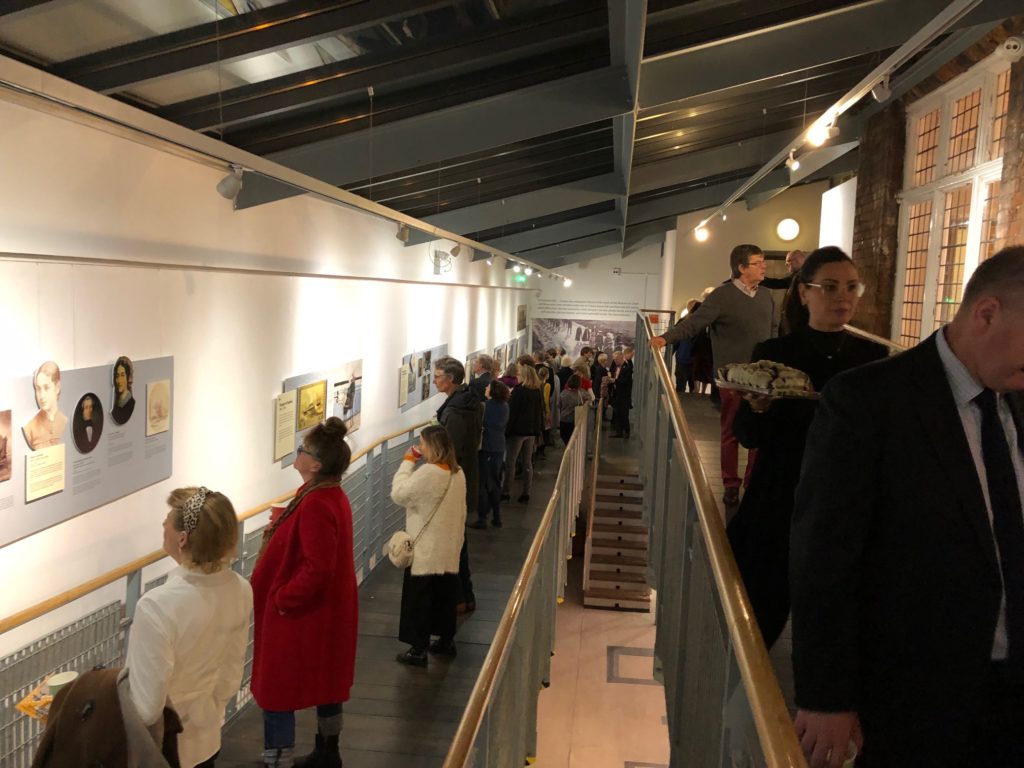 Of course, Edie knew her well and mentions her several times in her diaries. In 1919, after the war was over, Edie joined Maud McCarthy’s staff in Boulogne and she kept in touch with her back in the UK after the war.
For more about Maud McCarthy see this page in Edie’s website: http://anurseatthefront.org.uk/names-mentioned-in-the-diaries/other-people/medical-colleagues/maud-mccarthy/.

Here’s some more information about the exhibition.
This is an exhibition of the life and leadership of a great Australian, Dame Maud McCarthy,
Matron-in-Chief of the British Expeditionary Force in France and Flanders, 1914-1919.
“All those who have worked under her in France know full well how she has toiled, what difficulties she has overcome, what dangers she has gladly faced, what iron self-sacrifice she has shown…” – Newspaper account 5 August 1919.
For further information, or to request an education pack for schools please contact: artos7272@gmail.com
Dame Maud McCarthy’s official war diaries can be seen in full at www.scarletfinders.co.uk

This is an exhibition of the life and leadership of a great Australian and one of the most remarkable and highly decorated women’s leaders of the First World War, Dame Maud McCarthy, Matron-in-Chief of the British Expeditionary Force in France and Flanders, 1914-1919.

It brings together the ‘public’ side of Dame Maud McCarthy’s life with newly researched family and archive material from her early life in Sydney, Australia, seen for the first time. The exhibition has been prepared by Juliette Wilson, an experienced film researcher, and a descendant of Maud McCarthy’s, with images from Australia, New Zealand, the Library of Congress, Imperial War Museum and private collections.

Maud McCarthy helped bring up 10 brothers and sisters in Sydney, gave up her own chance to attend Sydney University, and came to England when she was 30. She undertook nursing training at the London Hospital, Whitechapel, at the time of its great reforms under Matron Eva Luckes and Sidney Holland, became a Sister, and was selected to serve, with distinction, in the Second Boer War from 1899 to 1902.

On her return she was rapidly promoted to senior posts as Matron of large Army hospitals and became Principal Matron at the War Office in 1910.

With the outbreak of war in August 1914 she was summoned to duty in France and Flanders, and shortly afterwards appointed Matron in Chief of the British Expeditionary Force. Arriving in France in charge of some 500 nurses, with a tiny staff, one highly effective assistant in Sister Isabelle Barbier, and a couple of typists, by 1918 she was marshalling over 8,000 nurses and VADs, from Britain, Australia, Canada, the Dominions and America, and responsible for all the nursing operations in the field, to the German advance and retreat of 1918, the Armistice in November 1918, and beyond, to the prisoner releases and great flu epidemic of 1919.

Dame Maud McCarthy was always in the field, inspecting hospitals and Casualty Clearing Stations, despatching staff and requiring improvements, and one contemporary account describes such a visit with the Matron in Chief of the Australian Army Nursing Service Evelyn Conyers, sitting in a field at night with tin hats being shelled and bombed from the air.

Her responsibilities were almost unimaginable, given the scale and ferocity of the battles of the War and the vast casualty lists after each encounter. Her contemporaries marvelled at her administrative ability, tireless, dedicated hard work, attention to detail, and support for her nurses. She was highly decorated, and after the war went on to be Matron in Chief of the Territorial Army Nursing Service and was received by the US President in 1924.

When she left France in 1919, her nurses filled her cabin with flowers and sang “For she’s a jolly good fellow” on the quayside. For many years afterwards she would be stopped and thanked by grateful soldiers and former patients in the street.

This exhibition brings the life of this great women’s leader to wider notice for new generations.  View the poster here: A5 Poster – Dame Maud McCarthy

Edith Appleton joined Maud McCarthy’s staff in March 1919 and they were in touch with each other after the war.  Edie clearly had great admiration for her and I (Dick Robinson – Edie’s great nephew) was proud to be at the unveiling of a plaque in honour of Dame Maud in 2014 – see more on this page: http://anurseatthefront.org.uk/names-mentioned-in-the-diaries/other-people/medical-colleagues/maud-mccarthy/.